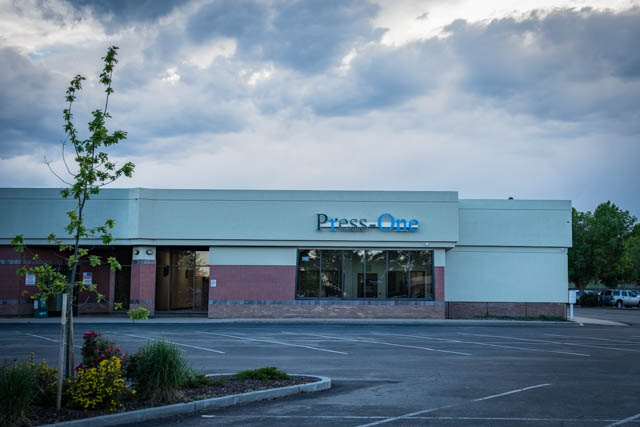 After being vacant for over fifteen years, Press-One repurposes grocery store into a contact center. Press-One has moved their offices to the former Wild Oats / Steele’s grocery store at 200 W. Foothills Pkwy in the heart of Fort Collins’ burgeoning Midtown district.

According to Press-One president, Andy Orr, the search for suitable office space was conducted over an 18-month period with multiple sites being eliminated as the economy began to turnaround. “We signed letters of intent on three other, long vacant, big box properties that were literally bought out from under us the exact same week as we submitted our LOI’s (Letter Of Intent). There’s a lot of leg work that goes in to inspecting these properties so, while we’re glad to see these buildings turning around, it was frustrating.” said Orr.

Orr states that he had approached the Foothills grocery store tenants, Whole Foods Management, once before about taking possession of the long empty grocery store but was told that Whole Foods had plans to eventually repurpose the store as a grocery concept. “When I read that Whole Foods WFM making changes in their operations, I thought they might be open to discussing releasing the property. For once, my timing was right.” said Orr.

“We were very lucky to secure this property. It’s in the heart of Midtown. The Max bus (Fort Collins new north-south express bus system) stop is just outside our employee entrance door. We have a ton of parking. We’re surrounded by shops and restaurants. Best of all, we were able to start from scratch and build the best technology and security infrastructure. We needed to do this in order to bid on contracts in health care, banking and other industries where privacy and security are tantamount.” said Orr.

Press-One’s former offices in Old Town Fort Collins have been leased to the high-tech, energy industry start-up, Spirea and the culinary arts studio, The Cooking School.

“We’re very pleased with the final product. The design, engineering and architecture teams did a great job. It’s a fantastic location. Now all we have to do is fill it!” said Orr.